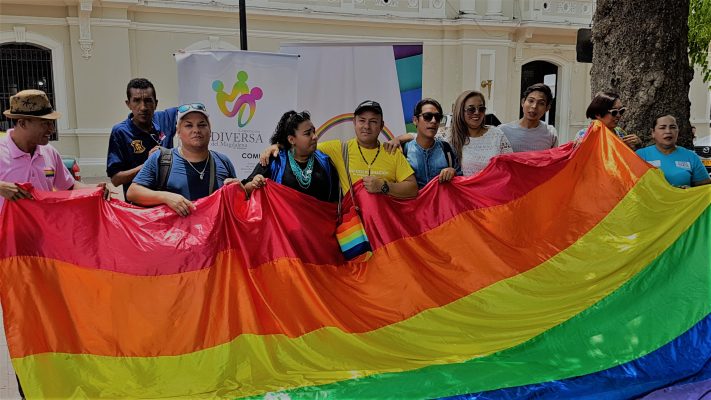 On this International Day Against Homophobia, Transphobia and Biphobia, we support all activists who work for everyone to express themselves and live without discrimination regardless of gender identity or sexual orientation.

We dream of a world where prejudices, persecution and discrimination no longer exist.

We stand in solidarity with those who are attacked, rejected, abused, discriminated against.

So today, May 17, we participated in a rally on this beautiful morning … (video and photos later …)

In Santa Marta, a city on the carribean coast, we decided to go to the gathering organized by the secretary of the LGBTI Inclusion Office and the social promotion and equity of the city. 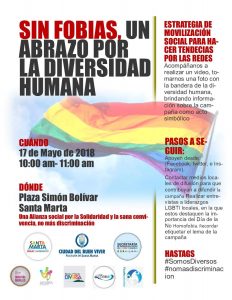 The objective of this symbolic gathering (with the production of a video and photos with rainbow flag for distribution later on the social networks (Facebook, twitter, Instagram)) is to raise awareness on the subject of anti-discrimination and provide support to LGBTQI advocacy organizations.

We are grateful to have been able to participate and to have met Mr. Bayron Butto Lubo, whose enthusiasm was communicative !!

He works for the city of Santa Marta (if we understood correctly) in an office that works for a better inclusion of LGBTQI and equal rights for all.

He made us participate in the video promoting this day’s fight against homophobia.

Bayron did us the honor of a little word in video, here it is:

2 thoughts on “International Day against homophobia, transphobia and biphobia – #IDAHOTB2018”